UPDATED : 08/10/2018: Now that the rating period for the jam is now complete we've had the chance to add some extra polish, new content and after hearing player feedback, some significant bug fixes to Garden of Ouroboros! Possibly expect at least one more update to further enhance the end game.

For a list of the full changes, you can find changelogs in the Devlogs below.

Disclaimer: Royalty free sound effects were used from zapsplat.com. All other assets are original.

This...looks pretty cool. Different from my usual fare, but I'll play it and see what happens!

EDIT: "Not a problem son." DIVE I have to admit, that was hilarious. And then he didn't come back up. So it was a very nice point-and-click game. I really wanna see some backstory about why the player's in the Ouroboros Garden (the other villagers abandon us inside as a sacrifice to the Ouroboros God :p) and why he was surprised to see that Sally was there. And then a cut to black at the most exciting part. Does the player ever escape? We'll never know :p

Hopefully you'll do more with this concept, I liked it very much!

Thanks for playing! We definitely want to continue working on the game, especially adding more of the story that we couldn't get in during the jam. :)

Reply
ReapeeRon4 years ago(+2)
I really like the art style of this game and the strange events.  The fisherman just hopping off  the pier was pretty funny.  Thanks for making the game.
Reply
RosstheBoss04 years ago(+1)

Glad you enjoyed it :) Thanks for playing!

You might not have seen any snakes but you did see the mysterious floaty fisherman! 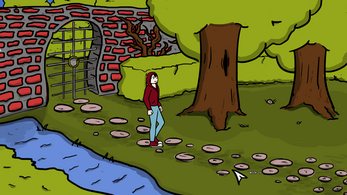 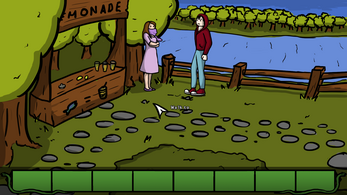 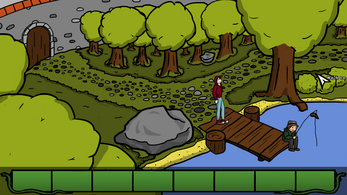